As can be seen, a variety of laser lines in the VIS and NIR can be obtained from these crystals. This phenomenon is used to build compact diode pumped solid stated lasers with a variety of wavelengths which are used for measurement applications as well as for projection systems (RGB lasers).

The strongest laser transition in both materials is the 1064nm line. Efficient laser radiation at the other wavelengths is only possible by suppressing this line. LAYERTEC offers a variety of laser mirrors for this application.

Compact laser designs include also the pump diode (808nm) and a unit for the second harmonic generation. This is the reason, why coatings for Nd:YAG or Nd:YVO4 wavelengths apart from 1064nm mostly show several spectral regions of high transmission as well as of high reflection. In the following we present some examples of such coatings. All coatings are designed according to customer specifications, because the specifications depend on the laser design. All examples on these pages are for Nd:YAG wavelengths. Coatings for Nd:YVO4 can be designed and produced as well. 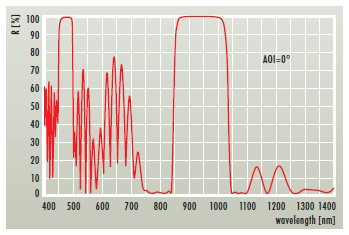 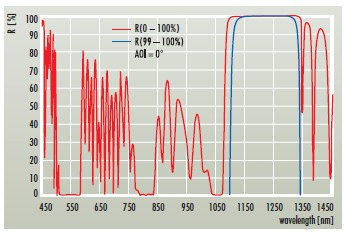 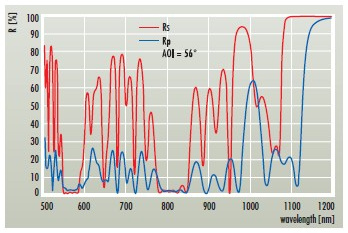 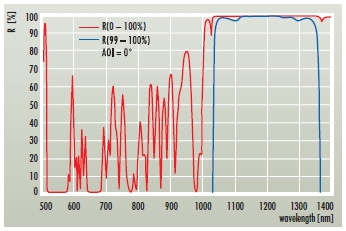