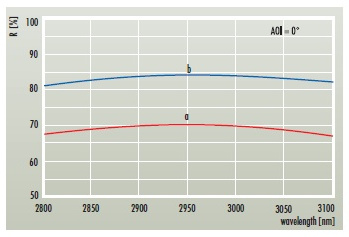 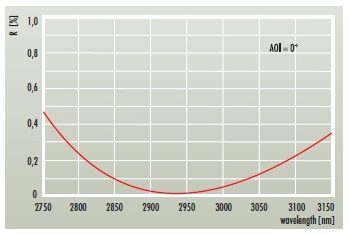 Components for other Lasers around 3μm

The fundamental effect which is especially used for the medical application of lasers emitting light between 2.6 – 3.4 μm is the strong absorption of water in this wavelength range. Between 2.6 μm and 2.8 μm the absorption of water is still stronger than at 2.94 μm (Er:YAG laser) which makes lasers working in this wavelength range (e. g. the Er:Cr:YSGG laser) promising candidates for future applications.

However, the strong absorption of water is also the most serious problem with respect to laser damage. Therefore, it is essential to keep the layer system free of water. LAYERTEC uses magnetron sputtering for the production of coatings for the 3 μm region. The high atomic density of sputtered layers which is close to that of bulk material suppresses the diffusion of water into the layer systems. 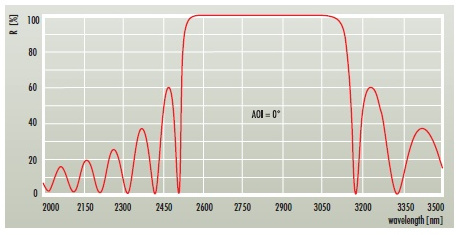